We have been keeping you in the dark about what we’re up to next but wait no more….Naked Goddess is excited to present the thriller Wait Until Dark by Frederick Knott at the Havana Theatre March 1-12, 2016.

This exciting production will be directed by Michelle Ferguson with Curtis Tweedie designing sound and Cheyenne Mabberley designing costumes. We are so excited with this fabulous team of talented, hard working people!

We are still looking for a set designer, lighting designer and someone to help with props so if you are interested…or know someone who is…please talk to us!

Check back often to learn more about this production….and all things Naked!!

What an exhilarating time it’s been for Naked Goddess! Back from our hiatus and what a whirlwind….in three months we rehearsed and mounted not one, but two, fantastically received shows on two coasts!

Thank you once again to all the fabulous people who worked so hard on In a Forest, Dark and Deep and Ninety…you made the experience wonderful and we will always cherish these memories! Thank you also to everyone who came out and watched the show….your support means so much to us.

Naked Goddess has some exciting plans for our next productions and we can’t wait to start telling you about them! Please keep your eyeballs glued on this space to learn more about our upcoming adventures! 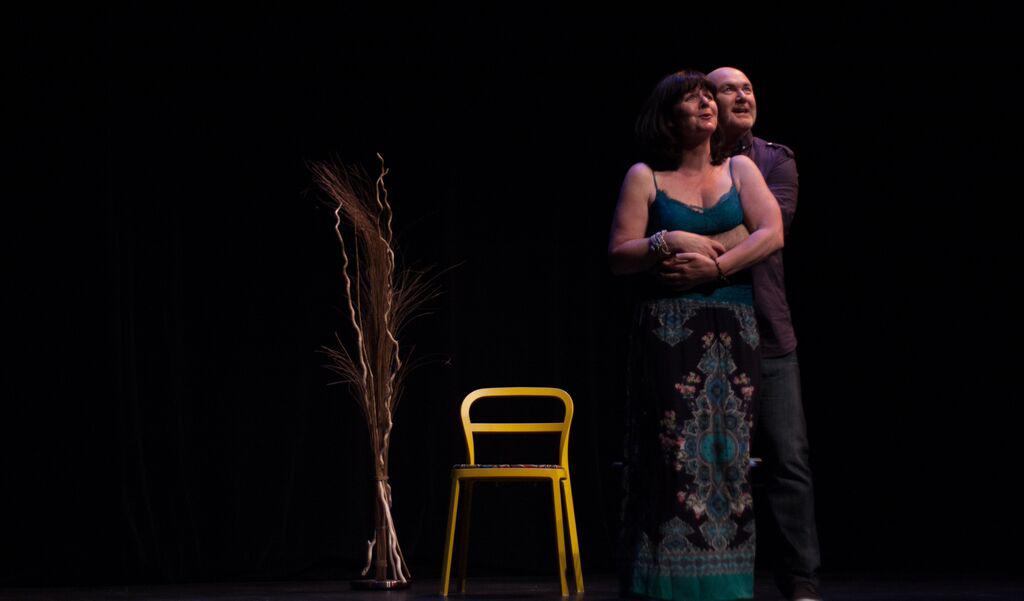 It has been an intense and incredible journey to bring this play to life and it’s hard to believe that we have only one show left.

​
Thank you to a very dedicated and committed team who has helped bring this project to life….it’s been wonderful working with you all and many, many thanks and accolades are in order. Much, much love to everyone who gave of their time, talent and tools.

Thank you also to those who have come out and supported local theatre…we appreciate your support, energy and comments.

"Intense and enjoyable with terrific performances."
"…not sure which character is Beauty and which is the Beast. Either way, wonderfully acted!"

Also, a big thank you is in order to those who made financial contributions to our production:

We had a great go the first week and we look forward to beginning our second week of being in a remote cabin In a Forest, Dark and Deep. Reviews are rolling in and we love hearing from our very supportive audience, as well!

Jo Ledingham has a lot to say about Betty and Bobby. Read her intriguing, in-depth review here:http://joledingham.ca/?p=3509

"Strong performances buoy dark, challenging script exploring family ties. This is no Hansel and Gretel story. When parents tell their kids to love each other, I don’t think this is what they have in mind." ~ Jo Ledingham

Here are some more recent comments from our audience members:

"Absolutely loved it! (You) both did an amazing job portraying Betty and Bobby. The Havana Theatre was the perfect venue for the performance being that it’s so intimate, it allows for the audience to feel like they’re right there and part of the set. I will definitely be recommending friends to come out and your performance! Bravo!"

"Come check out the fantastic production …. Dark and intense. I sat at the edge of my seat through the entire play."

Our first week of performances for In a Forest, Dark and Deep is wrapping up. Here’s another great review from Fun!Fun!Vancouver!

And here are some comments from our supportive audience:

"It was amazing! Congratulations!"
"What a story! It was very well done. The actors brought the story to life, has stuck with me all day. Thanks again!"
"A fun evening out and a bleeping good play!"
"It was so !$*&!#* I could hardly @#!?%!^ believe it!"
"Really good show, the whole premise was unexpected…I like that. And…..great music choices, I caught all the song title references."

"Congrats … to the whole team! What amazing talent! The acting was superb, the set design was amazing, and the light and sound effects were impressive. We really enjoyed the performance last night. Well done!!!!"

"I went last night and it was amazing! Well done."
"The performances were fantastic. The characters are extremely flawed but so real…"
"I enjoyed the superb performance and captivating plot. This was a blast! I hope to see more productions soon."
"The performances in this piece are outstanding. Worth a watch."

Thank you to a wonderfully supportive audience who were at our preview last night! We have also received our first review…and it’s a goodie!

This is the Western Canadian premiere of this play directed by Jessie-nominated Tamara McCarthy, and featuring Carlo Marks as Bobby and Sandra Medeiros as Betty.LaBute’s style is very language-oriented: terse, rhythmic, and highly colloquial. very similar to one of his favorite playwrights, David Mamet. Medeiros and Marks delivered their lines as LaBute would have wanted them to. It’s a powerfuil play, and both actors did really good acting their roles as brother and sister in a love/hate relationship.

I was also impressed by the scenic effects: thunder and lightning, giving this isolated house in the forest a mysterious feeling. But the storyline was very good. LaBute knows how to keep us guessing and asking, "What’s going to happen next?" That almost Hitchcock-like suspense, as Bobby probes into Betty’s personal life, getting the truth from her.

She slowly confesses her crimes, but younger brother Bobby is there to help her out, despite their differences and different viewpoints on morality and life.

Very well-acted and directed. Kudos to the actors, director and production staff for a successful mise-en-scene..

We have been extremely fortunate to receive some great support from some fabulous local businesses! They are all so great and we are appreciative of their support and encourage you to support them, as well!! Some great ones here!

As well, a big heartfelt thank you goes to the following friends:

for their generosity in supporting the GoFundMe campaign for In a Forest, Dark and Deep. If you are planning on seeing the show, you might want to consider the $75 level, which gets you 2 tickets to the show and shoutouts in our program, FB page and website. If you can’t see the show, but would like to support us anyway, any contribution is greatly appreciated…along with shoutouts!

You can make your donation here: http://www.gofundme.com/godeep

Also, it’s a great time for theatre lovers! Please also support our friends at The Revolver Festival playing at the Cultch May 20-31st. Check out Double Recessive: Oppression. Genocide. Comedy.

We are deep into our rehearsals for In a Forest, Dark and Deep by Neil LaBute. Our fabulous team is working extremely hard on this production and the hard work is really paying off!!!

Tickets are already selling so book yours at nakedgoddess.brownpapertickets.com

Did you know that you can be a special supporter of Naked Goddess? For just $75 (or more!) you get two tickets to the show plus a thank you on our supporters page in our program, a big shout out on Facebook, Twitter and here on this blog!

Thank you so far to the generosity of….

Keep posted for more info on the show and behind the scenes news!!